‘The biggest scandal in chess history’: Inside the cheating allegations that rocked the chess world 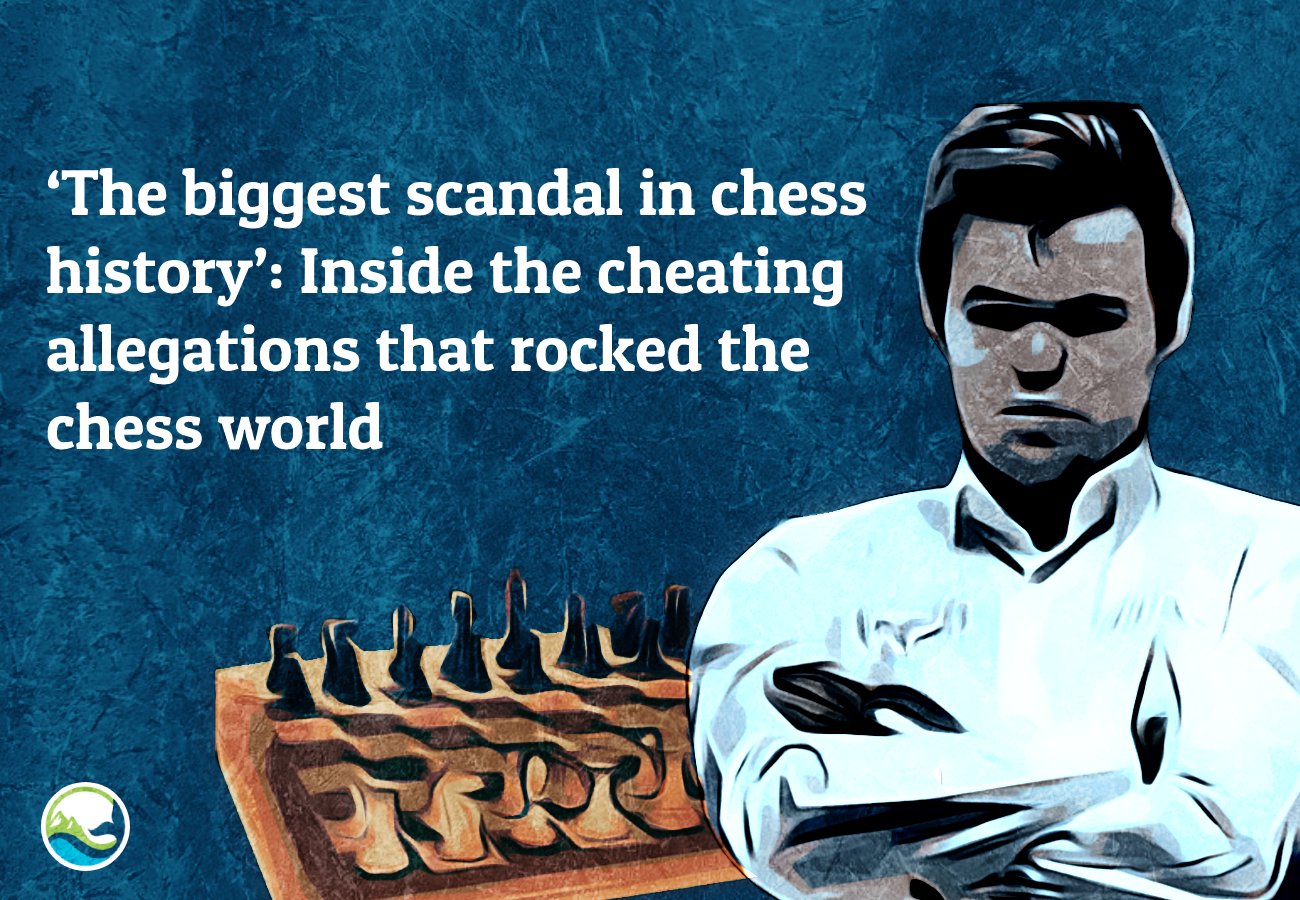 ‘The biggest scandal in chess history’: Inside the cheating allegations that rocked the chess world

It should have been simple for Magnus Carlsen, or at least as simple as a top-tier chess game can be. When the world chess champion sat down across from 19-year-old American Hans Niemann at the Sinquefield Cup earlier this month, he had the benefit of playing with the white pieces, he was on a 53-game unbeaten streak, and was facing someone who entered the tournament as the lowest-rated player.

Few were expecting an upset, but that’s just what happened.

Carlsen’s loss to Niemann in that game was unusual, but what followed was even more so. The next day, the world’s number one chess star withdrew from the tournament without explanation; only a short statement posted to Twitter and a meme.

“I’ve withdrawn from the tournament. I’ve always enjoyed playing in the @STLChessClub, and hope to be back in the future,” he wrote in a tweet, which was accompanied by a video clip of José Mourinho, saying, “I prefer really not to speak. If I speak, I am in big trouble.”

Carlsen didn’t say so explicitly himself, but his withdrawal and the cryptic video were interpreted as a veiled accusation of cheating against Niemann.

Niemann has vehemently denied the accusations against him, but the world of chess — which is its own ecosystem of players and teachers, YouTubers, streamers and fans — has been consumed by the drama ever since.

“Basically it seems like Magnus Carlsen thinks something’s not quite right with Hans Niemann,” said Levy Rozman, an international master and host of a popular chess-based YouTube channel, in a video. He described it as “likely the biggest chess scandal in history.”

Cheating in chess is as old as the game itself. But the rise of online play, coupled with the invention of chess engines powered by artificial intelligence that can calculate millions of possible moves in seconds, has led to an explosion in cheating in recent years. Chess.com, the most popular chess platform on the internet, calls cheating “the dirty not-so-secret of chess,” one that has “plagued online chess websites.” The site says it suspends around 500 accounts a day for cheating.

Niemann had his own theory, positing in his post-match interview that Carlsen “was just so demoralized because he’s losing to an idiot like me. It must be embarrassing for the world champion to lose to me. I feel bad for him.”

What followed was something akin to a true crime drama. Niemann’s history was fiercely scrutinised online, his past games studied for anomalies and patterns.

Hikaru Nakamura, a chess grandmaster, former world number two and popular chess YouTuber, replayed the game between Carlsen and Niemann to look for moves that didn’t make sense. In other words, he looked for moves that could only have been prompted by artificial intelligence. “I’m really suss actually,” he said.

Greg Keener, a FIDE arbiter and assistant manager at The Marshall Chess Club, wrote in an analysis for the New York Times that Niemann’s Elo rating, which is based on a player’s playing record, rose more than 500 points since January 2021, describing it as “an increase so sharp many people don’t believe it is possible.”

In other words, Niemann’s meteoric rise was an underlying reason for many people’s suspicions.

The scandal only deepened when it emerged that Niemann, in an interview he gave to explain his game against Carlsen and defend himself against the accusations, admitted to cheating in online games when he was younger.

“I cheated on random games on Chess.com. I was confronted. I confessed. And this is the single biggest mistake of my life. And I am completely ashamed. I am telling the world because I don’t want misrepresentations and I don’t want rumours. I have never cheated in an over-the-board game. And other than when I was 12 years old I have never cheated in a tournament with prize money,” he said in an interview with the St Louis Chess Club.

“To give context, I was 16 years old and living alone in New York City at the heart of the pandemic and I was willing to do anything to grow my stream,” he added. “What I want people to know about this is that I am deeply, deeply sorry for my mistake. I know my actions have consequences and I suffered those consequences.”

Niemann went on to say that he would play naked to prove himself innocent against the accusations of him wearing devices on his body.

“If they want me to strip fully naked, I will do it. I don’t care. Because I know I am clean. You want me to play in a closed box with zero electronic transmission, I don’t care. I’m here to win and that is my goal regardless,” he said.

Niemann could not be reached for comment by The Independent.

Two days after that interview, Chess.com said in a statement that it had banned Niemann from the site, without going into further detail.

Still, the drama continued. Niemann and Carlsen met in another game, this time online, in a tournament called the Generation Cup. After one move, Carlsen resigned from the game and turned off his webcam.

“This is a bigger statement than the tweet, I think,” said the commentator.

The furor has threatened to derail the career of a young chess grandmaster before it had even really begun. Yet no one has yet been able to provide any concrete proof of his cheating.

After days of speculation, Chris Bird, the chief arbiter of the Sinquefield Cup, where the scandal began, said there had been no evidence of cheating.

“In response to the recent rumours circulating the chess world, I can confirm that we currently have no indication that any player has been playing unfairly in the 2022 Sinquefield Cup,” Bird said in a statement, according to Reuters.

The New York Times reported that he has been invited back to the next tournament at the club.

Keener, in his analysis for the Times, also pointed to comments from Levon Aronian, an Armenian grandmaster who played in the same tournament and who defended Niemann in a postgame interview.

“Well, I think it quite often happens when young players play very well. There is all these accusations toward them. All of my colleagues are pretty much paranoid, “ he said in the interview.

There was an even more in-depth analysis by professor Ken Regan, described as the “world’s greatest expert on cheating detection in chess” by ChessBase, who analysed all of Niemann’s games from the last two years, online and offline.

“Niemann played well. But not too well,” he said in his verdict, which concluded that he did not cheat.

That might have been the end of the controversy. But Carlsen waded into the subject again this week in an interview.

“Unfortunately I cannot particularly speak on that,” Carlsen said when asked why he resigned from his last game with Niemann. “But, you know, people can draw their own conclusion and they certainly have.”

He then hinted that he may not remain cryptic for much longer.

“I hope to say a little bit more after the tournament,” he said.